Next MahaRERA Date to be Announced in Open Court

Your next date in a MahaRERA hearing will be told to you in the open court, says a new circular by the authority.

The Maharashtra Real Estate (Regulation and Development) Act, 2016 was enacted so as to establish the Real Estate Regulation Authority, and one of its objectives as being to establish an adjudicating mechanism for speedy dispute redressal.

Section 31 of the Act, enables any aggrieved person to file a complaint with MahaRERA, for any violation or contravention of the provisions of the Act or the rules and regulations.

Sub-section (2) of Section 38 of the Act states that MahaRERA shall be guided by the principles of natural justice and subject to the other provisions of the Act and the rules made thereunder, MahaRERA shall have to powers to regulate its own procedure.

Rule 6 and Rule 7 of the Maharashtra Real Estate (Regulation and Development) (Recovery of Interest, Penalty, Compensation, Fine payable, Forms of Complaint and appeal, etc.) Rules 2017, stipulates the procedure that MahaRERA and Adjudicating Officer should follow, for the purpose of deciding complaints and the manner of holding of inquiry in the complaints as filed.

According to a Circular dated 18.05.2021, the guidelines for functioning of MahaRERA Conciliation and Dispute Resolution Forum (Conciliation Bench) has been prescribed.

The circular said, ”In spite of the procedure for the purpose of deciding complaints and the manner of holding of enquiry in the complaints as filed have been detailed out under Rules 6 & 7 of the Rules by MahaRERA and
Adjudicating Officer as well as the guidelines for functioning of MahaRERA
Conciliation Bench, it is necessary to issue the following order in the matter of writing of the “roznama” and giving the “next date” in the complaints, so that there is no cause for any grievance from the respective parties appearing in the complaints.”

Adv Sunil Kewalramani, said, “This latest order by MahaRERA says that the court has to dictate roznama in open court and they have to give next date of hearing to the parties. The above steps they were not following mandatory previously.”

Also Read: Call this Number for any MahaRERA related queries 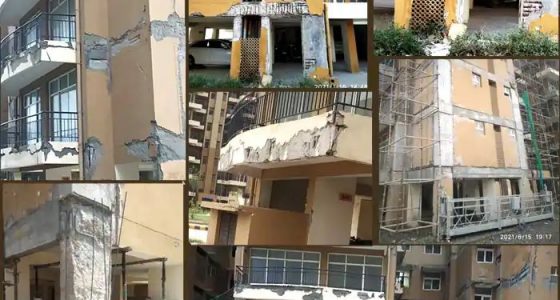 MahaRERA is tracking Rs 8 lakh crore of investment through online. The…