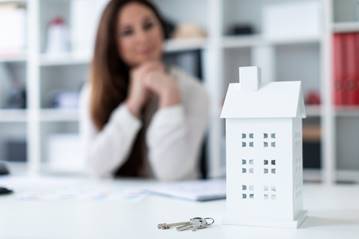 The state government in its budget on Monday announced another 1% stamp duty concession. Though this time it is only for women.

Monday was International Women’s Day and also the day when the state government announced its budget.

The state government came up with another stamp duty concession in its budget.

This concession is only for women.

The Finance Minister in his budget speech said, “On the eve of International Women’s Day, I propose concession in Stamp Duty of 1 Percent over the prevailing rate exclusively to Women, provided the transfer of house property or registration of sale deed is in the name of woman or women only.”

Due to the above tax concession, there will be revenue shortfall of around Rs 1000 Crores.

The developer community considers this as a good move that will boost sales.

“IT will help boost demand from this segment of homebuyers due to more and more females entering the workforce, becoming key decision makers.”

Not only Maharashtra but our neighbour Karnataka also announced a stamp duty cut on Monday.

This move is expected to benefit 24% of the total unsold stock of Bengaluru which stands at 59,350 units.

Dr Niranjan Hiranandani, National President NAREDCO, on the stamp duty cut said, “It has been seen that states like Maharashtra which reduced stamp duty not only saw a surge in total sales, but also a corresponding hike in total stamp duty collected as revenue accruing to the state.”

“If 2020 saw COVID 19 influenced slowdown, the decision by the Maharashtra Government to reduce stamp duty effectively helped counter balance the disruption caused by the pandemic.”

The government of Maharashtra in the year 2020 announced a stamp duty cut of 3% between September till December 2020.

The stamp duty has been reduced by 2% for a period between January to March 2021.

Mumbai is the largest contributor to sales, accounting for 29% in Q3…