Tenant whose agreement was terminated just a few days before the national lockdown was imposed last year, and was asked to vacate the flat by the landlord and didn’t even after the first Unlock announced in June was asked to pay Rs 10 lakh as damages to the landlord by the competent authority.

A tenant who failed to vacate the flat even after termination of the leave and license agreement was asked to pay Rs 10 lakh as damages to the landlord.

This order was passed by the Court of COMPETENT AUTHORITY RENT CONTROL ACT, KONKAN DIVISION AT MUMBAI on November 17, 2021.

An application was filed under Section 24 of the Maharashtra Rent Control Act, 1999, (the Act) to recover the vacant and peaceful possession of Flat located in Bandra (West), Mumbai-400 050 and damages.

The contention of landlord (applicant) was that in around November 2018 the tenant (respondents) approached the applicant and requested to permit them to use and occupy the landlord’s premises on leave and license basis for residential purpose of their family for a period of three years.

It was the contention of the landlord (applicant) that the tenant (respondents) were irregular and delayed in making payment of license fee from the month of January, 2019 . Only repeated follow-up and making several requests would the license fee be paid.

The landlord further claimed that, the tenant (respondents) breached and violated the terms and conditions of the leave and license agreement. Therefore, he served termination notice dated March 10, 2020 upon the tenant and called upon to handover the vacant and peaceful possession of the premises.

The premises was to be vacated on April 15, 2020. Due to the situation of Covid-19 pandemic, the landlord granted additional time to vacate the premises on humanity grounds. The tenant in this period were paying the license fee belatedly.

The tenant (respondents) appeared and filed an application for leave to defend, which came to be rejected.

The Competent Authority noted the following points after hearing both the parties.

In view of the discussions noted above, the competent authority was of the view that the landlord (applicant) shall be entitled for damages from the tenant (respondents). In such circumstances, I am of the considered view that the application filed by the applicant deserves to be allowed.

Prakkash Rohira, advocate for the applicant shared with SquarefeatIndia that ” It had become a common contention of people seeking non payment of Rent and License Fees due to Covid-19. People tend to litigate with the Flat owners once in possession, and stop paying rents, which is unfair to the Owners, specially the ones who are Senior Citizens. The Respondents presented several instances to evade and delay payment, which when brought before the court, was evident. The Judgement of the Hon’ble Court is appreciated.” 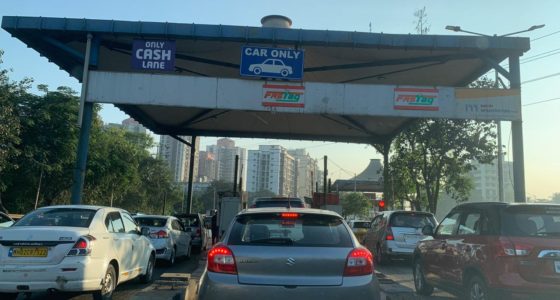