Difficult to believe but the truth is that Samudra Mahal, where in the recent past most deals have made records, this month saw a flat being sold for less than Rs 1 lakh per sq ft.

Earlier this month, the real estate industry was abuzz with the news of a deal in Samudra Mahal.

Samudra Mahal in Worli, is known as a building which commands a price that is way above the others immaterial of the market conditions.

A flat on the the 23rd floor of Samudra Mahal was sold in the first week of September. The price at which the flat was sold has caused a bit of stir in the real estate community.

The seller is Omega Investment and Properties Ltd, while the buyer is Jai Shankar Krishnan, who already owns a flat on 13th floor of Samudra Mahal

If one sees the previous deals in Samudra Mahal, most of them have made records.

Then in 2015 came the most costliest deal that took place in this building. Nandan Nilekani paid Rs 1.29 lakh per square feet. Nilekani bought a 1,750 square feet apartment in the building for Rs 22.5 crore.

The last big deal that this building saw was registered in 2020, where a flat was sold for Rs 1.12 lakh per square feet. This was a flat measuring 3,639 square feet and for that Power firm MD, Pratik Agarwal had paid Rs 41 crore.

Coming back to the September 2020 deal, Omega Investment and Properties Ltd sold the flat to Jai Shankar Krishnan for Rs 16.51 crore.

According to a real estate source aware about the deal, of the entire consideration of Rs 16.51 crore close to Rs 9.09 crore was paid to ICICI Bank by the buyer.

By paying this amount on behalf of the seller, the charge of the bank on the premises was discharged.

The remaining amount was paid to the seller. The sellers also have another flat in the building.

A detailed mail sent to various email ids of Omega Investment and Properties Ltd got us no response. Krishnan didn’t reply to our text messages.

Rajiv Jain, of Ruchika Shelters, a realtor from Worli, says, “In the current market conditions, where there’s a slowdown, discounts like 10 to 15% are in place. The buyer being a part of the building was fully aware about the flat details and hence, probably managed to get the best deal.”

Samudra Mahal was a palace that was owned by the Scindias, the royal family of Gwalior. Later came up there this high-rise which became one of the most sort out address in the city of Mumbai. 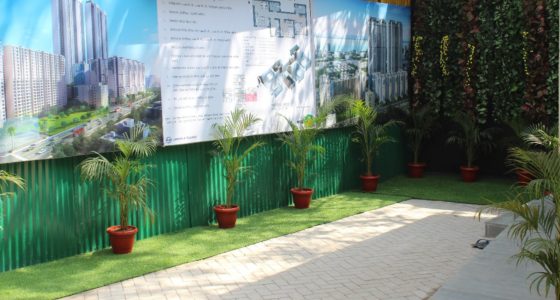